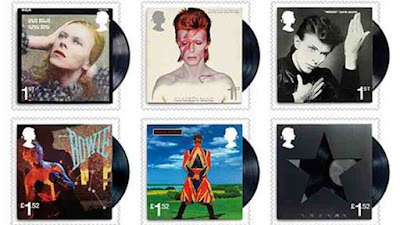 The late music icon David Bowie will be honored with the collection of stamps shown above on March 24 by U.K.’s Royal Mail.


The set features a mix of album covers and live images – marks the first time the Royal Mail has dedicated an entire stamp issue to an individual music artist or cultural figure.

According to the announcement posted on the Anti-Music website, “The only other music artists to have been honoured [sic.] with a dedicated stamp issue [by Great Britain] are groups, including The Beatles in 2010 and Pink Floyd in 2015.”