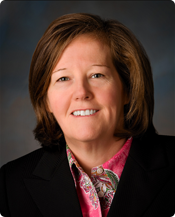 According to an USPS announcement, “The United States Postal Service Board of Governors announced today that Postmaster General and Chief Executive Officer Patrick R. Donahoe has decided to retire February 1, 2015, after 39 years with the Postal Service.”

Replacing him will be Megan Brennan, USPS Chief Operating Officer, who will be the first female Postmaster General.

Brennan joined the Postal Service in 1986 as a letter carrier in Lancaster, Pennsylvania, and began her management career as a delivery and collection supervisor.

Previously she was vice president of Eastern Area Operations. As the senior postal official she oversaw an area that encompassed Pennsylvania, Ohio, West Virginia, Delaware, Kentucky, Central and South Jersey, Western New York and parts of Virginia and Indiana.