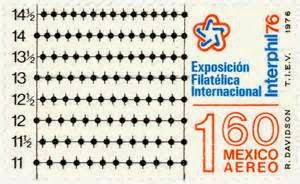 Janet Klug writes on the USPSstamps.com website about the development of perforations on U.S. postage stamps.

According to Janet, “This technology came to the U.S. by way of Ireland, then England: First, a machine patented by Dublin inventor Henry Archer was used on the first perforated stamp (the Penny Red) around 1850. Then, four years later, British printers William and Henry Bemrose patented a rotary machine for separating stamps — a device that cut slots, or ‘roulettes,’ into the paper rather than holes.

“Meanwhile, in 1851 and 1855, Congress passed legislation that reduced and modified postage rates in the U.S. In just about a decade’s time, stamp use quadrupled. So the U.S. embraced the efficiency of perforating, beginning when two early stamp designers (or engravers) commissioned by the U.S. Post Office® Department purchased the Bemroses’ machine.

“Remarkably, that basic technology was used all the way up until the 1990s, when perfs finally gave way to die-cut stamps, held together only by their self-adhesive backing.”