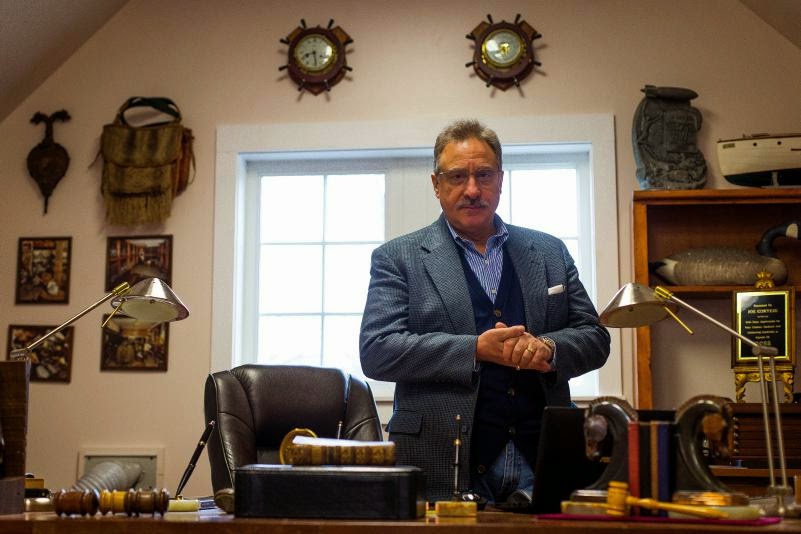 Joe Cortese, 62, owner of eBay company NobleSpirit, is featured in an article by reporter Nick Reid in the Concord, NH, Monitor.

Cortese (shown here in his office)is eBay’s “go-to guy”for anyone who is looking to sell a stamp collection. With 150,000 sales under his belt since 1998, Cortese has a staff of 20 including 18 photographers according to Reid,

Cortese is quoted in the piece as saying, “That’s our unique competitive advantage.We take something, starting at a penny, which could be worth at least $3,000, but we’re taking enough photos so that the market can see what it is. We allow the market to arrive at what it believes the market value to be.”

According to the article, “Besides the photographers, there are also a couple of shippers – 65 percent of business is international – and a team of fact-checkers, who ensure the lots that are sent in for sale are what they purport to be. They compare minuscule details of each stamp against catalogs that point out the slight differences between different editions and note common forgeries. There’s also an IT guy, who designed software that streamlines the eBay posting process and gives the auctions a unified look.”